Once you know where you are going it helps if you can pre-visualise the shot.  When you know what the image will look like you can work out what needs to be happening to make it real.  Start by working out what time of year it is (leaves on trees, height of sun above horizon etc.), then where the light needs to come from which will also dictate where the shadows are (time of day). 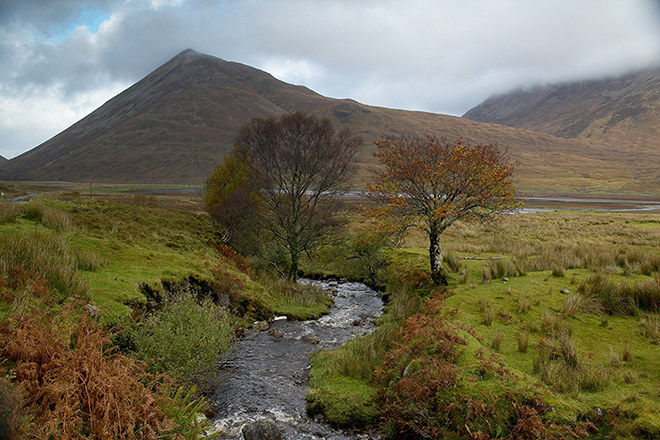 Now we have tied it down to a season and time of day do you need to worry about the tide?  Will it be high enough or low enough, moving or still?  Is the moon in the frame, do you need a certain moon phase?  It can get very complicated, and the conditions may not happen for a long time or even be possible.

Getting a full moon rising over the hills to the right of Eilean Donan Castle (Glencoe and Isle of Skye Tour Gallery) around sunset so that the castle is lit or we are slipping into blue hour will not happen for at least 5 years (which is as far as I checked into the future). 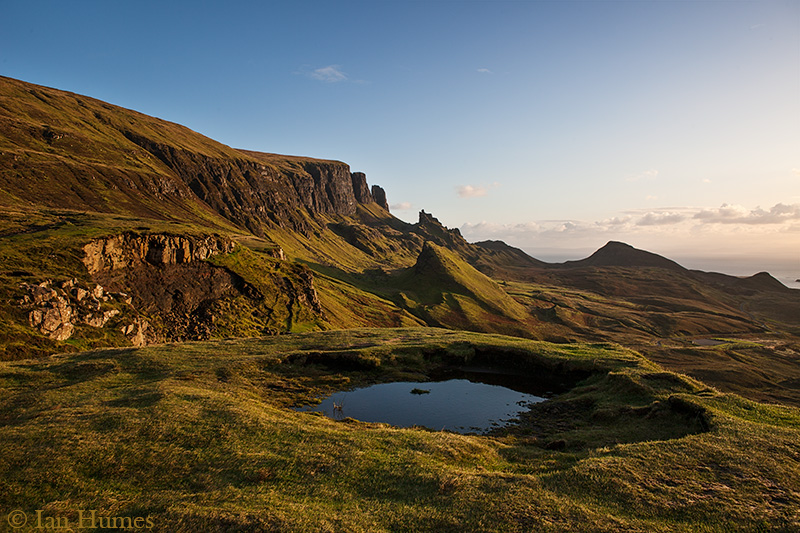 The above picture was taken not long after dawn at the Quiraing on the Isle of Skye.  It started out as an expedition to photograph the Quiraing at dawn with low level golden light and long shadows.  We needed a day that was fairly clear over the Scottish Highlands as we didn’t want clouds between us and the sunrise.

So all that week we planned what we would do tomorrow if the weather to our East was cloudy; no point wasting a morning by not knowing where you should be if Plan A is a bust.  If it was forecast to be clear, then we were going to the Quiraing at dawn.  Every night we checked the weather forecast to the East and hoped that there would be a cold night and a clear morning.  One night the forecasts lined up and it looked like we would get what we wanted.

We will only be nominally awake until the cold air hits us so everything needed to be ready. We recharged the batteries and put them in the cameras, filled the kettle, cups on the side.  Hats, gloves, scarves and coats are all together, don’t want to leave anything behind, don’t want to have to search for it in the morning.

It all went smoothly until we arrived. The forecast was wrong as usual, there was some cloud but we forgave them as we would get some sunlight at dawn.  It’s wasn’t going to last long as once the sun cleared the mountains it was going to be sneaking under the cloud ceiling.  We would have maybe fifteen minutes of light if we were lucky.

We were not alone, another photographer arrived and got set up in the pre-dawn chill.  We nodded but didn’t interrupt each other with pleasantries as there would be time for that after the light.  As the sky brightened in shades of peach we composed for the landscape, fine-tuned the foreground (cleared the dead grass and paper from the pool, how could there be litter here?) and then the sun roared over the mountain peaks and the land was flooded with golden light.

All I could hear was my breathing, the shnick of shutters firing and the wind blowing.  Once in a while you heard muttered complaints about cold fingers and dying batteries.  Far too soon the light softened and faded as the sun slipped behind the clouds.  The planned photography was at an end, now we would see what Skye had in store for us.

We greeted our fellow lunatic, chatted briefly whilst watching things develop and then all dashed back to our kit as the first sun beams appeared.  Once again shutters fired and the following panorama was created.  Sometimes you don’t mind when the forecast isn’t spot on.

All Images Copyright © 2015 Cath and Ian Humes. All rights reserved.